you can buy hard copies at our store https://www.canaaninthedesert.com/store/

In the days following World War II the Evangelical Sisterhood of Mary, under the leadership of Mother Basilea Schlink and Mother Martyria Madauss, was born out of a revival among a group of young girls in Germany. The Sisterhood grew, branches began to be open worldwide, and in 1968 one was opened on the desert outskirts of Phoenix, Arizona.

In a perishing world crying out for help, messengers are needed who come from the presence of the living God – messengers who have been empowered by Him, reflect the glory of His countenance and truly are “royal priests”. Today Jesus Christ, our great High Priest, is asking, “Whom shall I send?

Written in the aftermath of World War II, THE ROYAL PRIESTHOOD is of striking relevance for our times.

Back to the Cross – Bringing the Reformation Full-Circle

Lightning struck – right in the path of the young law student Martin Luther. What if he had been hit? Where would he have found himself? That is the big question. A question non of us can evade today…

Watch a 10 min. Video and learn of some details explained here
Published on Jul 4, 2016 by

Dr. Richard Harvey, an author and researcher who descends from a German Jewish family, reveals some of the worst antisemitic sculptures the world has ever created. Where are they? On or in about fifty churches in Germany. The Judensau, or Jew Pig was endorsed in both Catholic and Protestant churches, even Martin Luther’s own church in Wittenberg Germany, where it seeded ideas for Luther’s most grotesque writings and ultimately the Holocaust.

Repentance – the gateway to heaven!
Repentance – the way home to the Father’s heart and to overflowing joy! For what is repentance but the tailwind driving us into the open arms of the Father? A foretaste of heaven. A gift of the Holy Spirit. In answer to prayer, the Spirit falls afresh on us, breaking our hard and self-righteous hearts – only for God our Father and Maker to take those broken pieces into His hands and form an new vessel to His glory.

The Guilt of Christianity Towards the Jewish People

From the content:
How It All Began / Theology and a Stolen Birthright
The Middle Ages / The Crusades
Made to be a Scapegoat / Forced to Wear the Badge of Shame
The Spanish Inquisition / The Reformation
Ghettos /Pogroms
World War II

From Ridicule to Respect

Is there still hope for our Church?

Only on one condition. We must be willing to take a fresh look at our 2000 year heritage and the beginnings of Christianity.

A unusual and thought-provoking perspective.

God in His almighty love always has exactly as much strength and aid prepared for you as you need.

God is waiting for our prayer of faith. He has promised to answer prayer, and His name is Yes and Amen. In our prayer times today we receive what we need for tomorrow – a trusting spirit and the courage to endure suffering and to stand up for our faith.

Stepping into the Breach

Is there still hope for our Church?

Only on one condition. We must be willing to take a fresh look at our 2000 year heritage and the beginnings of Christianity.

A unusual and thought-provoking perspective.

The Cross in the Crossfire

As we draw nearer to the time of Jesus’ second coming, it is his cross that will unite or divide us. How we perceive the cross will determine our future, and none of us will be able to dodge the issue indefinitely. For each of us personally, there will be a “falling” or a “rising”.

God longs to enfold us in his love, anchoring us firmly within himself. The tossed and battered ship of our feelings cannot easily be torn away from a mooring place that is kept safe by God himself – not even by the mighty waves of human tragedy and natural disaster.

Just as rescue procedures are in place for the event of a disaster, so too our heavenly Father has already prepared a rescue plan for each one of us personally, a plan that takes our weaknesses and inabilities into account

Chosen to be a bride of Jesus Christ, the Lamb of God. Called to the wedding feast of the Lamb. For me, nothing is so wonderful, so precious, as this aspect of the Christian experience. It was, and still is, the greatest discovery in my life. And so this little book is not an intellectual discussion about what it means to be a bride of Jesus Christ; rather it is a personal testimony, written against the background of Holy Scripture. 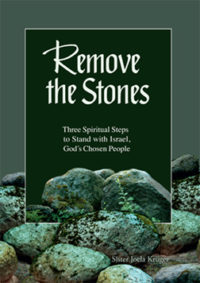 My All For Him

MY ALL FOR HIM had a profound impact on my relationship with Jesus. Basilea Schlink’s words helped me to fall passionately in love with Jesus as my Bridegroom. I will read it again and again.

Knowing that heaven is a reality makes all earthly sorrow fade away. What we suffer at this present time cannot be compared at all with the glory that is going to be revealed to us.

“This is a book for a prayer group, for it is so faith-inspiring. It makes wonderful reading for family devotions; your children will love the stories. And it is the best of all Mother Basilea’s books for acquainting Christians with the spirit and mission of the Evangelical Sisterhood of Mary; your life will never be the same after you’ve had a taste of REALITIES OF FAITH.”

A special Christmas message with pictures and songs.

Joy Comes in the Morning

With Jesus, joy – not suffering – is the end of the story.